This is quite a  big update! After 95 days since the last one, it had better be. Lets start with a fresh alpha gameplay trailer:

There are quite a few visual improvement like more variation in wall textures, increased amount of dynamic lights, new dynamic crosshair and many small HUD improvements. 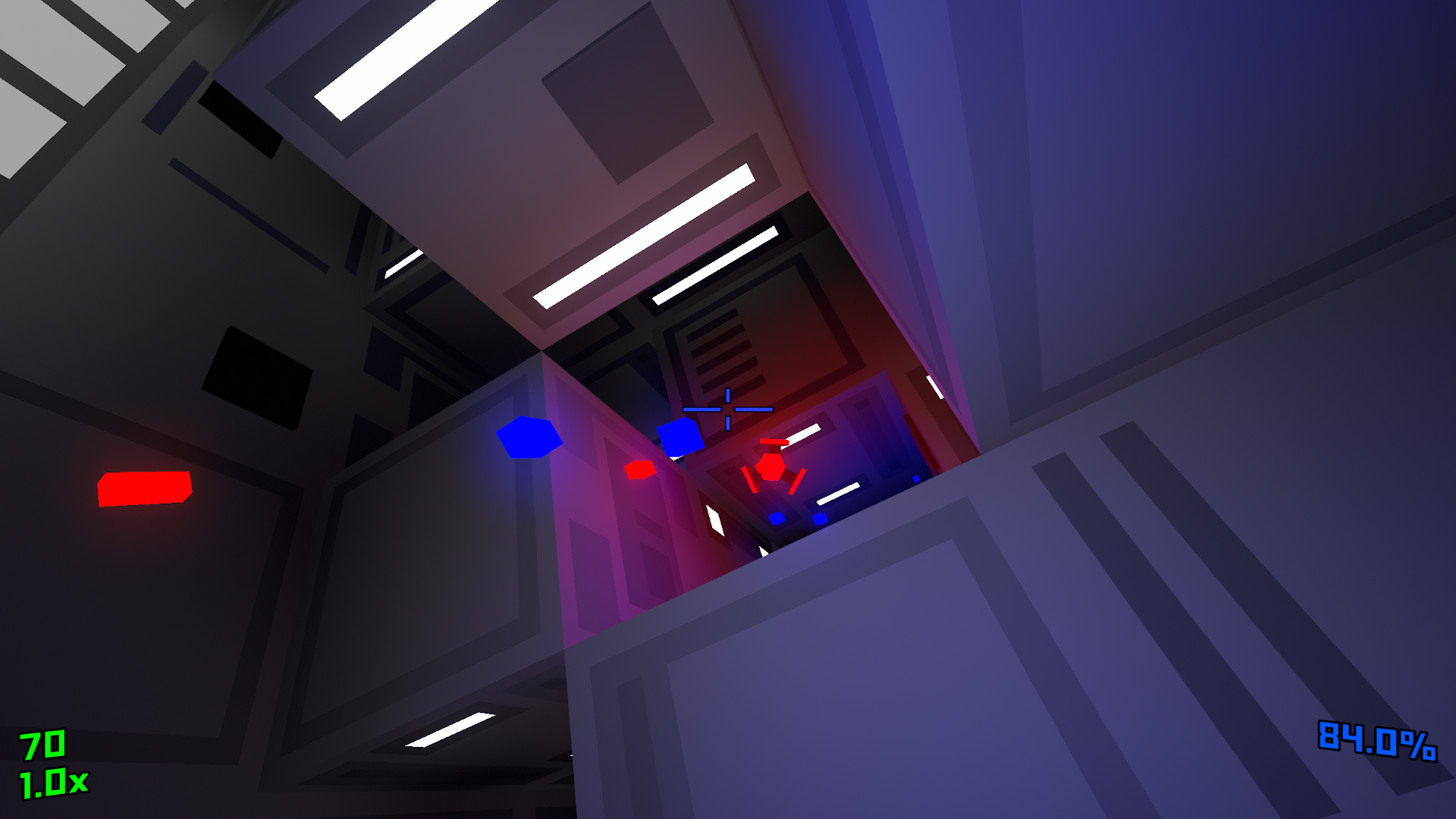 I added a couple of new weapon power-ups that give you temporary extra fire power: The first one adds one extra base weapon and the second one replaces it with a deadly laser beam.

Enemy behavior has also been tweaked. The laser wielding sentry gun is now hiding behind a shield when it's not shooting, so you'll have to wait until it fires the laser beam and deactivates the shield. Other enemies have had their timings slightly adjusted. Let me know if you feel that some enemy is too hard or easy.

One change in the mobile version is worth mentioning specifically: A separate shoot button. You can still shoot using the double-tap-and-hold gesture but a dedicated button is much more familiar option for most new players. For this reason it's also enabled by default. It can be disabled in the settings.

After all the good news, there are some bad news too. Due to deadline reasons, I had to release the game using Godot Engine 3.2.4 release candidate version. That version has a bug that breaks the web version, so it has not been updated yet. I will put out another maintenance update once a stable engine version is available and gotm.io supports it. For now the web version stuck to alpha 0.0.8.

Here's the full list of changes since the last update:

The new versions are now available here on itch.io and the Android version has been uploaded on Google Play (pending review).

Nice! The game is getting more and more entertaining with each update.

One suggestion, I think it would be nice to have a way to restore your health over time. Not too much, just enough to keep you playing. For example, you could heal the player by 5 points on start of each level.

It’s rewarding when you get to 1% of health in a fight, but you don’t give up, because you know that there’s still a chance for survival if you stay alive for long enough.

I will have to think about that. I see your point and I kind of agree but I'm worried how that would effect gameplay. This might lead to game runs lasting a lot longer for the best players because a single mistake per level could no longer lead to death.

Perhaps it could regenerate health slightly at beginning of levels but only if it's below some (low) limit. And maybe this could only happen once per game or require some rare power-up.

Thanks for the feedback again!